"Water Cure", is an installation of video projection and porcelain objects commissioned by the Centers For Disease Control, David J. Spencer CDC Museum in Atlanta for the exhibition, "Watching Hands: Artists Respond To Keeping Well.

Titled “Water Cure”, the video consists of a ten second clip close-up of hand washing, fade to black, then followed by a ten second clip of ocean waves crashing ashore. These repeat continually. The video was originally a film shot in black and white on a Bolex 16mm camera resulting in atmospheric, dreamlike imagery.

On the gallery floor is a mound of over 1500 porcelain duplicates of bars of soap (several hundred bars) will be heaped on the floor. These were be available for gallery visitors to take away as souvenirs.

Each of the three elements of the installation do not carry a specific message, but collectively, they present an elegant image of the everyday items associated with cleansing. Repetition of imagery over time, as in the video, and repetition in numbers, as in the water drops and bars of soap convey a fixation on cleanliness that each viewer may consider. Water is the primal element; cleansing and hygiene can be metaphors for personal issues of psychological contamination and cleansing, or mythological references symbolic of purification and the spiritual. The video, an endless repetition of handwashing and waves coming to shore, broadens the act of cleansing the body to include environmental cleansing. The black and white, very slow, grainy film becomes a dreamlike psychological site for contemplation in contrast to the physical presence of the porcelain objects. 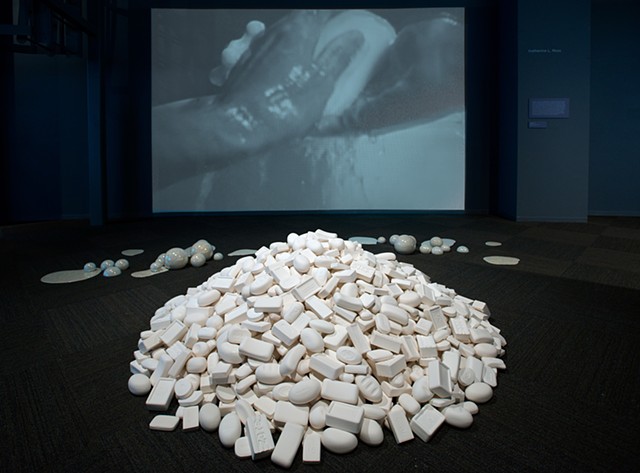 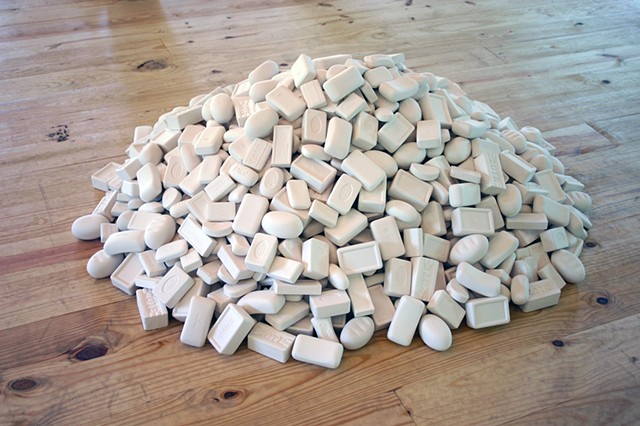 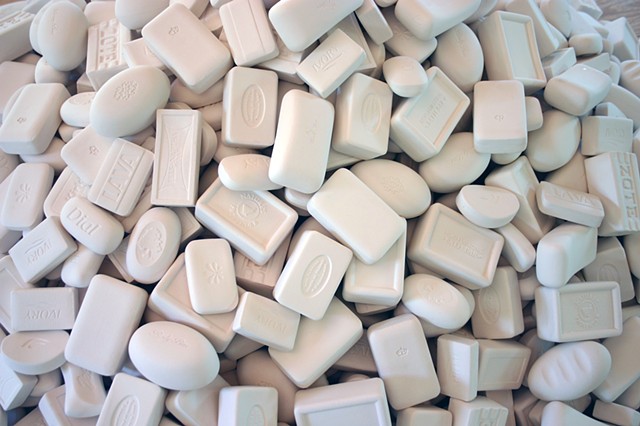 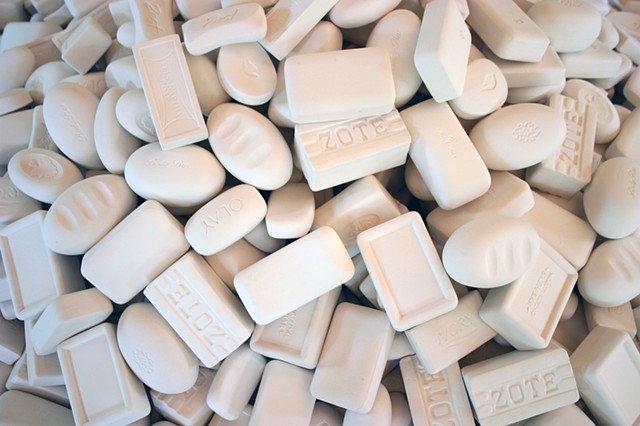 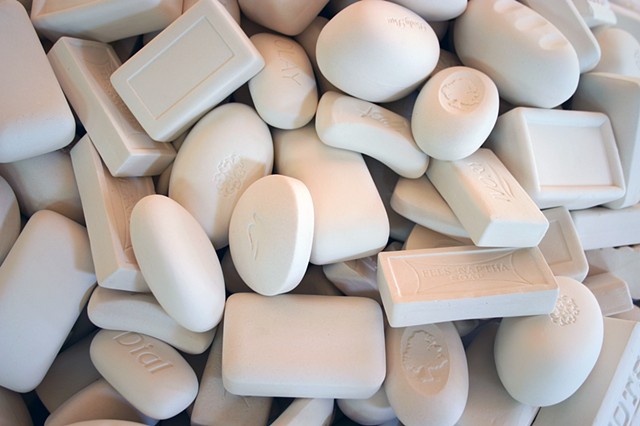 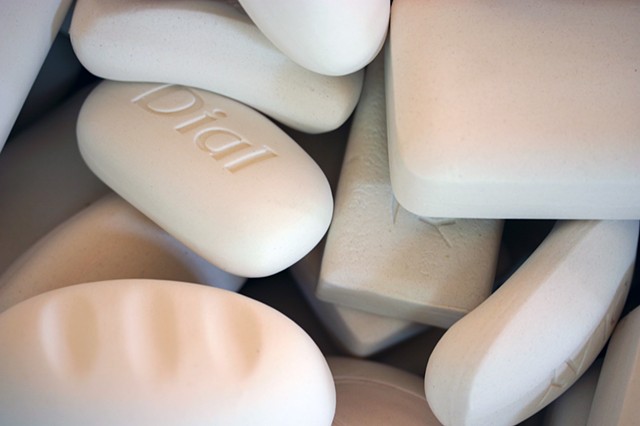